If there is one thing you know about me and pulled pork it’s that I get all of that tender juicy pork loin action from the crockpot. I am not a master griller, but I do know about setting my pork loin to cook slow and low during the day so when I come back to it later it is fork-tender and ready to pull.

I do not use bone in pork. Instead, I use boneless pork loin. So to know if it’s fall-off-the-bone tender, I have to stick a fork in it to see. One thing I know, though, is that with the right blend of seasoning and sauces, the pork will be ready to effortlessly shred with my forks, but it will also have absorbed all of those amazing flavors and moisture. It all starts with one secret ingredient.

In my last pulled pork recipe for making delicious crock pot BBQ pulled pork paninis, I shared a little secret about using dr pepper. That was just the base I needed with its 23 flavors to get the ball rolling on a dynamic pulled pork sandwich.

Although I love using Dr Pepper, it isn’t always the answer for the flavorful pork loin I desire. I do, however, subscribe to the tenderizing effect of sugary carbonated soda on slow cooking pork.

For these delicious pulled pork hoagies, I decided to take a simple but sweet approach and use Coca Cola. I later spiced things up with my favorite barbecue sauce and some Cajun seasoning to add a little bit more kick which is how I like it.

How to Make Barbecue Pulled Pork in a Slow Cooker

As any pit master will tell you, the secret to a good pulled pork is cooking it slow and low. That’s what the best barbecue joints in Texas do and who am I to argue with them. Because this tactic works so well, slow cookers are a natural alternative to real barbecue pork.

You can cook indoors and you don’t have to feed the fire. The only downside is that it loses some of that barbecue flavor that comes from the charcoal and the smoke. On the other hand, we are slathering this pork with so much flavor as it is, only a barbecue connoisseur would ever be able to tell the difference. It’s certainly an excellent option for making a stacked pulled pork hoagie.

Starting with a boneless pork loin, heat the meat on low and let it sit for 6-8 hours cooking in it’s own juices and the ample flavor we’ll provide starting with the sweet and tenderizing Coca Cola. I also add barbecue sauce which is kind of a no-brainer when you’re doing BBQ pulled pork hoagies. 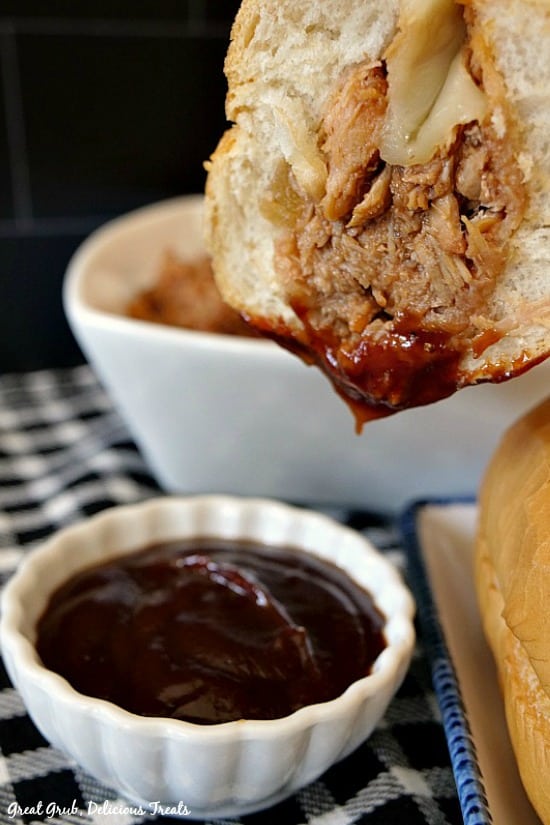 Because I like my spice and I used sweet delicious Coca-Cola for my simmering sauce in the crockpot, I included a barbecue sauce that reflects that sweet and spicy combination and also complements the robust flavor profile of the pork and other seasonings.

When the time is right the pork is very easy to pull apart. There is no mystery to it. Simply remove the fatty sections by hand and take two forks to the pork. Dig in with the prongs and they should separate the meat effortlessly. If it’s still too tough, let it cook a little longer.

Remember once the pork is shredded it needs to go back into the crockpot to cook for an additional 30 minutes. This makes sure the flavor gets everywhere and your pork is as soft as can be when you scoop it up into that hoagie roll.

When the pork is done all you need to do is pile it into a hoagie roll as thick as you can get it, top it off with some provolone and finish it in the oven to let the cheese melt if you want to.

You can also lay out a layer of provolone over the shredded pork while it continues to cook in the crockpot. mix in the melted cheese before transferring into the hoagie roll.

Although the taste is barbecue, the texture of this sandwich resembles a Philly cheesesteak. Maybe it’s the provolone. It’s a really nice alternative if you want that kind of meaty sandwich but you prefer that BBQ flavor. You don’t have to take your lead from Philly, however.

You can also take inspiration from Vietnam with a tasty interpretation of Banh Mi. On the side or as part of the sandwich a flavorful cilantro-lime slaw with pickled jalapenos and green cabbage adds yet another notch to the big flavor of this amazing dish. 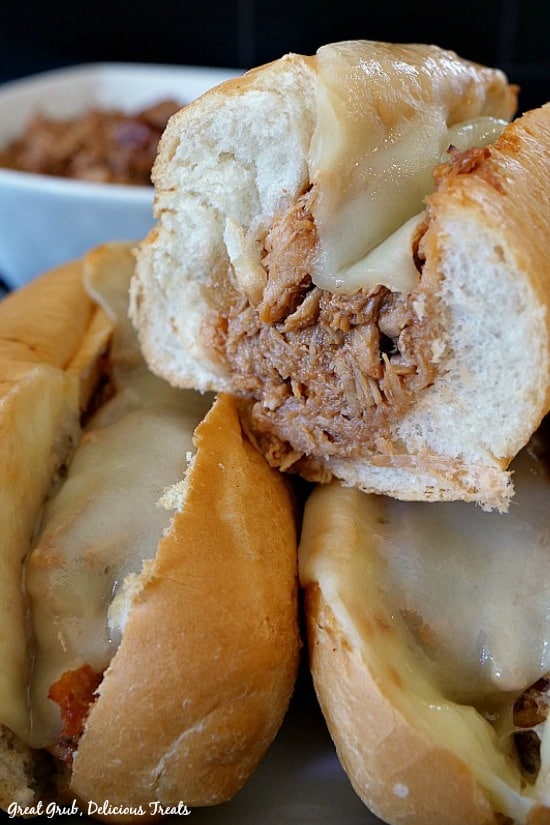 One last thing you can do to push your pulled pork hoagies to the next level is toast the bun. Spread some butter on the inside and let it get nice and crispy on the edges before you stuff the hoagie roll with the sweet-spicy and robust pulled pork and melted provolone.

This sandwich is amazing as a meaty, cheesy, hearty meal and when served with an incredible zesty and tangy cilantro slaw either on the side or in the bun it’s a grand slam for your tastebuds.

However you do your sandwich, this crock pot BBQ pulled pork sandwich recipe is a win. Let me know if you tried this and my panini pulled pork recipe which version you like best.

(Actual measurements are listed in the recipe card below.) 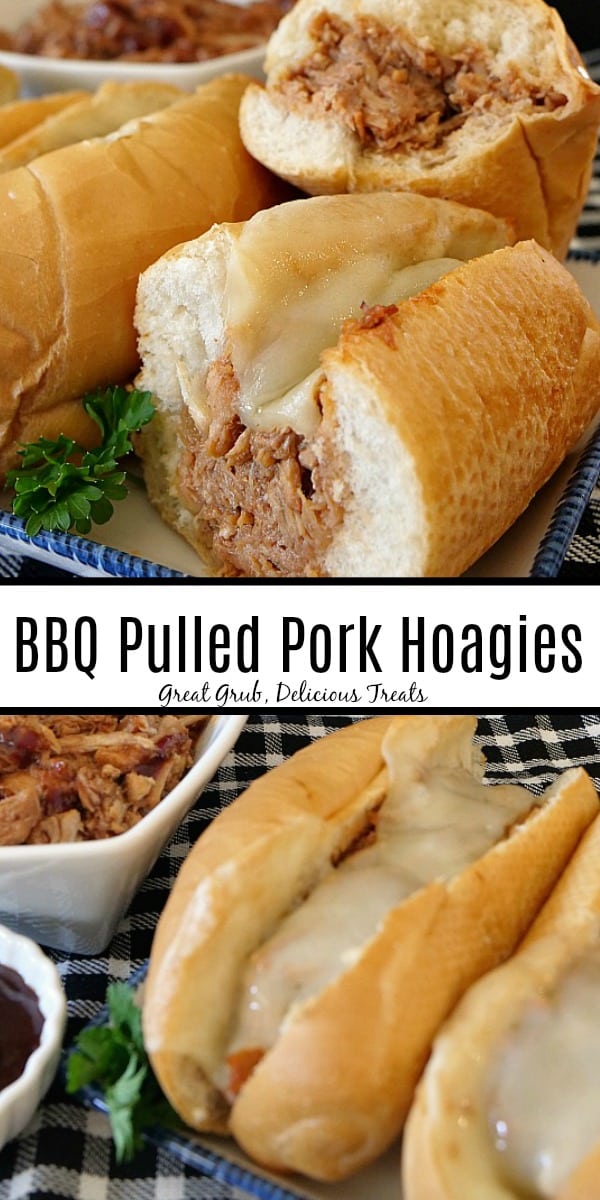 Here are a few more delicious pork recipes that can be found on the blog: 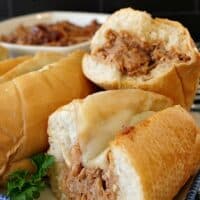 Copyright © Great Grub, Delicious Treats. All content and images are copyright protected. Do not use any images without prior permission.
If you want to republish this recipe, make sure to re-write the recipe in your own words. Only list the ingredients and make sure to link back to this post for the original recipe and directions. 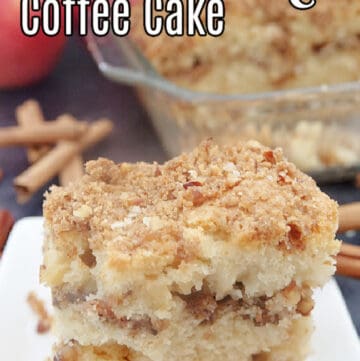 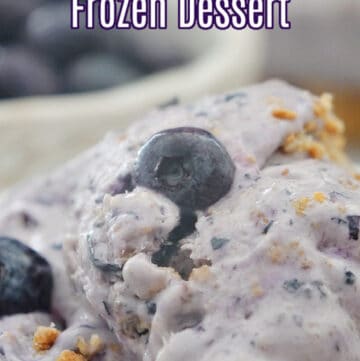 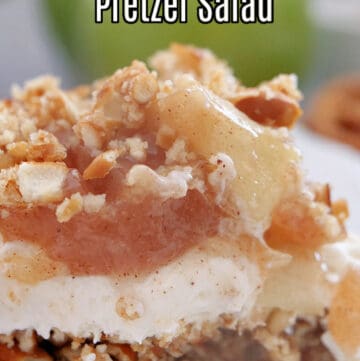