Chocolate Cupcakes with Peanut Butter Frosting are a reality. You can make it and I’ll show you the way. As good as the name suggests, I can promise you that the result is even better than what you might assume. Obviously, this recipe is for two components, You’ll make the chocolate cupcakes and then you’ll make the phenomenal peanut butter frosting. This is different from a lot of cupcake recipes you may find that emphasize either homemade frosting or cake mix while calling for store-bought cake mix or frosting. 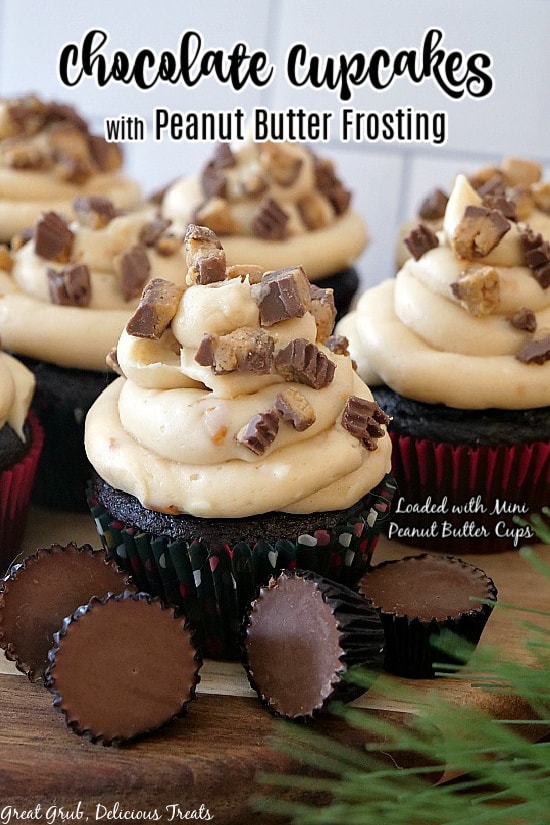 In order to get the great tasting cake you are going to love, you have to make this at home and the frosting is so cutting edge, as far as I know, none of the known brands have it yet. That’s why this recipe is such a game-changer!

The first thing most people want to know about a cupcake recipe is if it is interchangeable. Lots of people prefer vanilla cupcakes to chocolate. Usually, it’s for aesthetics, which I totally understand. It’s usually easier to make beautiful displayable cupcakes when they are vanilla. If vanilla is really the kind of cupcake you want to make, and the reason is more about looks than taste, you can go either way. I’d say make a different recipe that better highlights the vanilla, but if the flavor doesn’t matter as much, you could certainly go ahead and use my peanut butter frosting recipe on a vanilla cupcake. 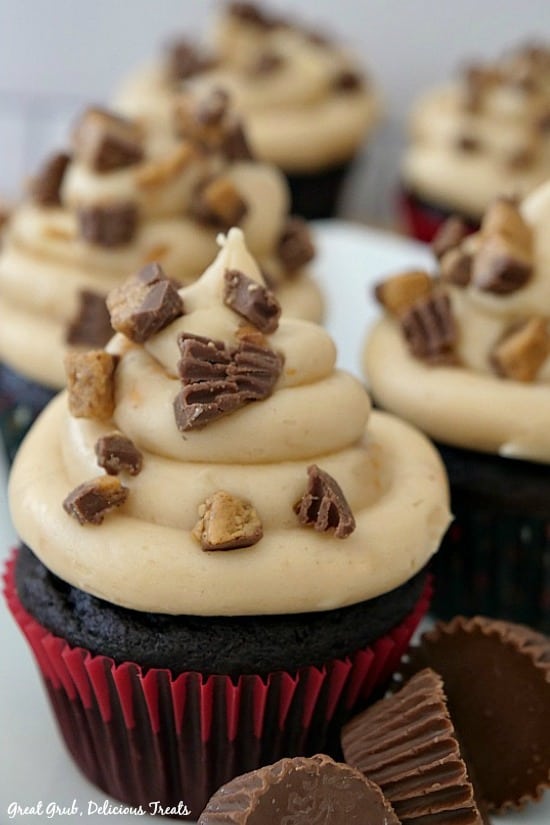 Why Do I Need to Use Boiling Water?

One neat trick to making the best chocolate cake ever is to use boiling water to make the cake batter. Boiling water does wonders for the chocolate and it enhances the flavor beautifully. Most people assume that the boiling water is just there to make it easier to stir or to make the batter thinner. This is not the case. Although cocoa does have a tendency to clump and hot liquid helps to break it up, that is not the point of the boiling water. Otherwise, the recipe would simply call for hot water and not go all the way to boiling.

Boiling water on the other hand does much more for the actual flavor of the cake, not merely the texture or substance. It allows the cocoa to bloom the same way it brings out the flavors and aromas of coffee grounds. By drawing out the deep rich flavors of the cocoa with boiling water, you help to create the finest tasting chocolate cupcakes you will ever enjoy. Some say that the boiling water also has a direct impact on the moisture in the finished cake. If you make the same recipe, once with boiling water and once without, you will be able to discern the difference.

What if I Don’t Want Dark Chocolate in My Cupcakes?

Having said that, feel free to play with the balance between the dark cocoa and sugar. It all depends on how much rich cocoa flavor you want to shine through. I’ve made this recipe to perfection, so obviously I recommend using the prescribed measurements before you go rogue and create your own version with less dark cocoa, or with regular cocoa instead. Trust me on this. Your cupcakes will have the most chocolatey flavor. The resulting batter provides the best base for chocolate cupcakes with peanut butter frosting. 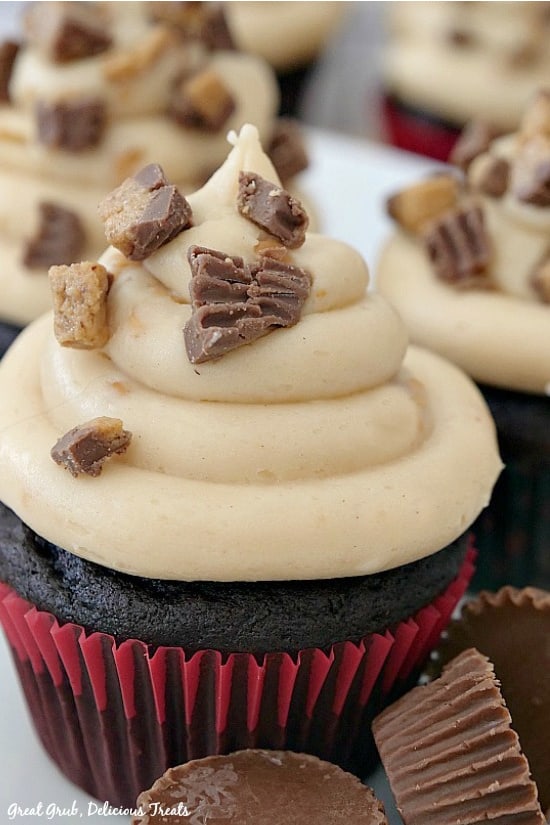 How to Make Peanut Butter Frosting

Now, the good part. Peanut butter frosting. It’s a big bowl of yes! That’s the only way to describe it. I assume you are a peanut butter lover if you are reading this. If so, you can’t be disappointed by what I’m sharing with you today.  Peanut butter frosting is the real deal. It’s not merely spreading peanut butter on top of the cupcake (which I have also done). This is a real frosting with real peanut butter flavor so you won’t get that. big sticky glob gumming everything up when you are trying to enjoy your moment of indulgence.

The trick to making peanut butter frosting using the ingredients below is to allow them to sit at room temperature before you begin mixing. Take everything out of the refrigerator before you start making the cake batter and don’t be hasty about beginning to work with them. If you keep your peanut butter in the refrigerator, it’s especially important to let that soften up, but you want your other ingredients softened too for the best results.

Can You Color Peanut Butter Frosting?

This is a fairly popular question, probably because there aren’t many reliable answers. Lots of people are curious, but they seem to abandon the idea of trying. Most experts won’t attempt it. The general consensus is that it’s basically a bad idea. As with the chocolate cake, peanut butter frosting has its own visual appeal that does not lend itself as well to artificial presentation. That’s why you typically use vanilla cupcakes and buttercream or vanilla frosting for themed parties such as a gender reveal party or holiday celebration.

Personally, I haven’t tried it either, so I can’t recommend it. I also side with the idea that these cupcakes should shine as representatives of what they are. You want to see the flavor. artificial color would make them less appealing and do them a disservice. 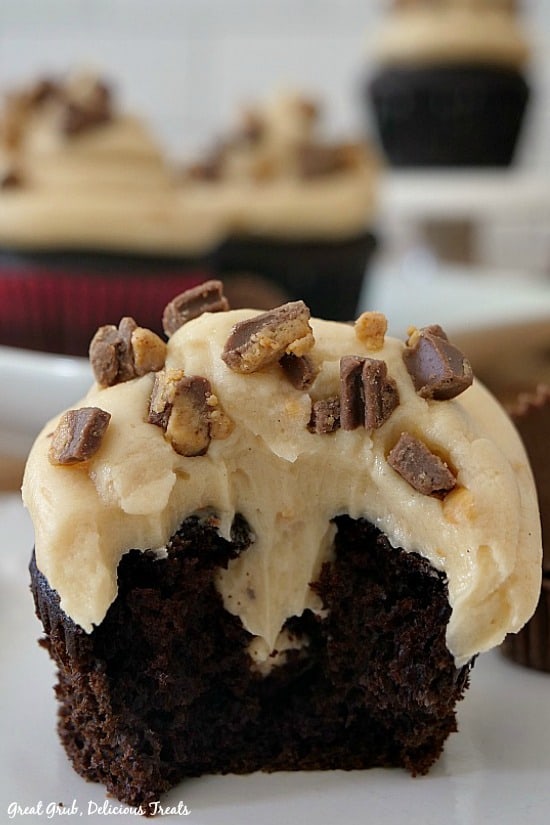 (Actual measurements in the recipe card below.)

How to Make Chocolate Cupcakes with Peanut Butter Frosting

How to Make Peanut Butter Frosting 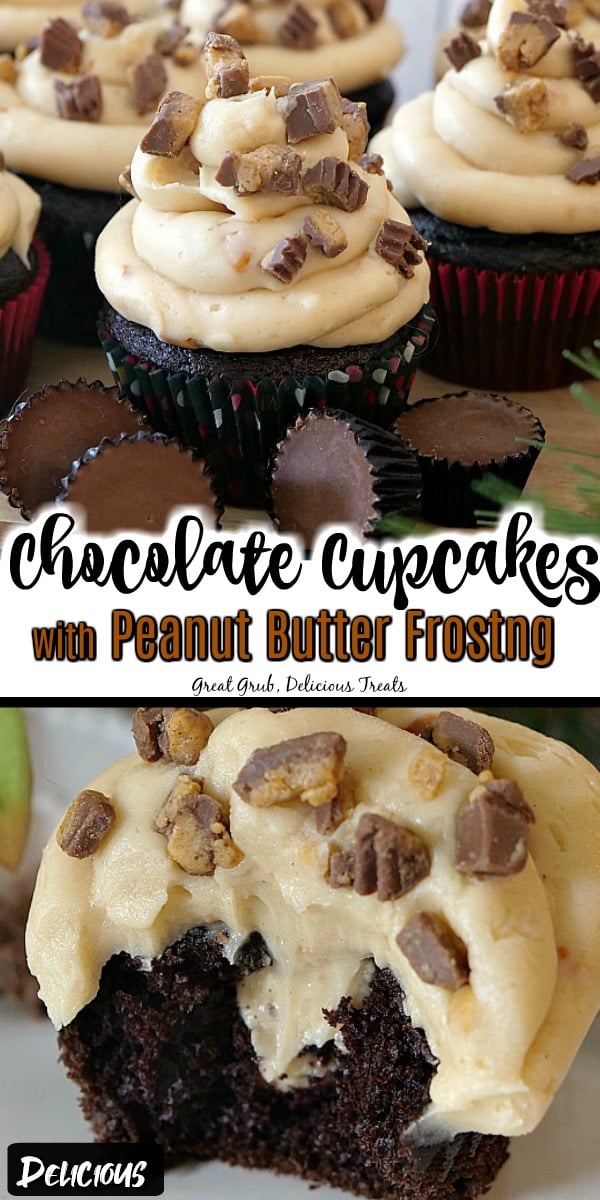 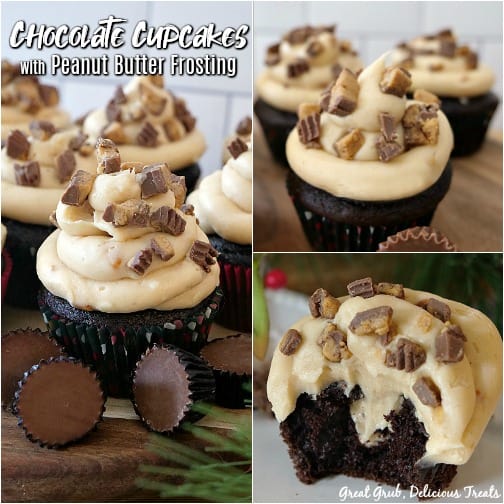 Here are a few more delicious recipes you can find on the blog:

And here are a few delicious recipes from our new blog, Deliciously Seasoned. 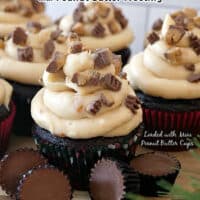 Here are a few pics that are the perfect size for pinning to Pinterest: 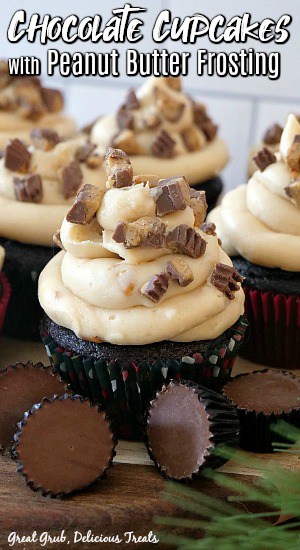 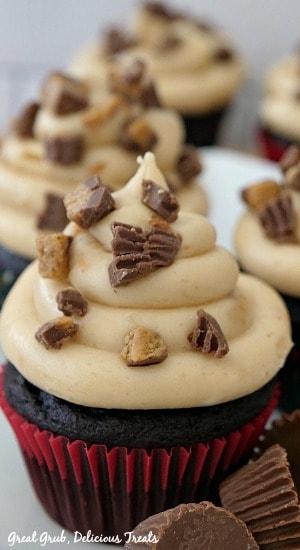 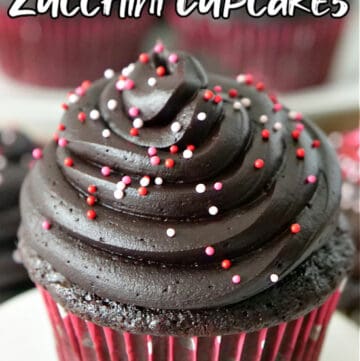 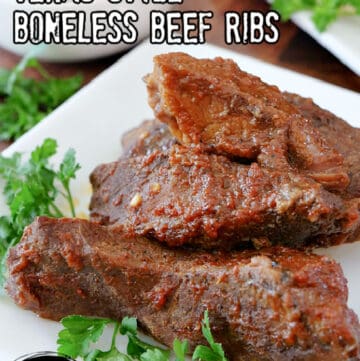 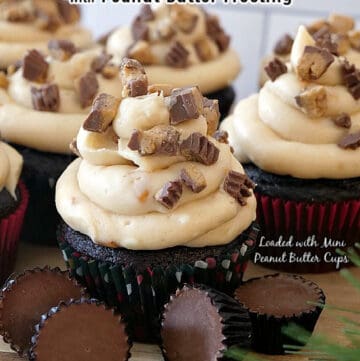 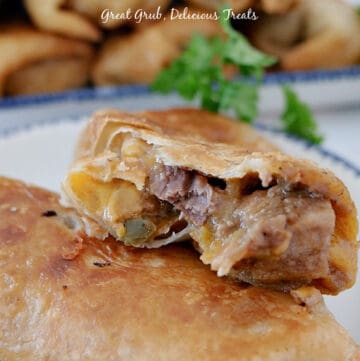 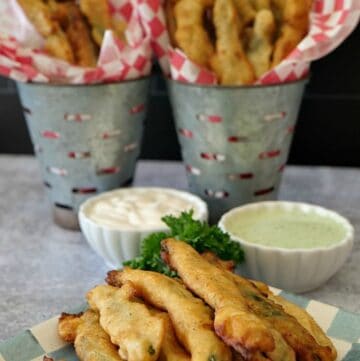 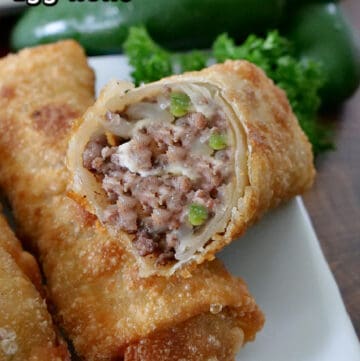