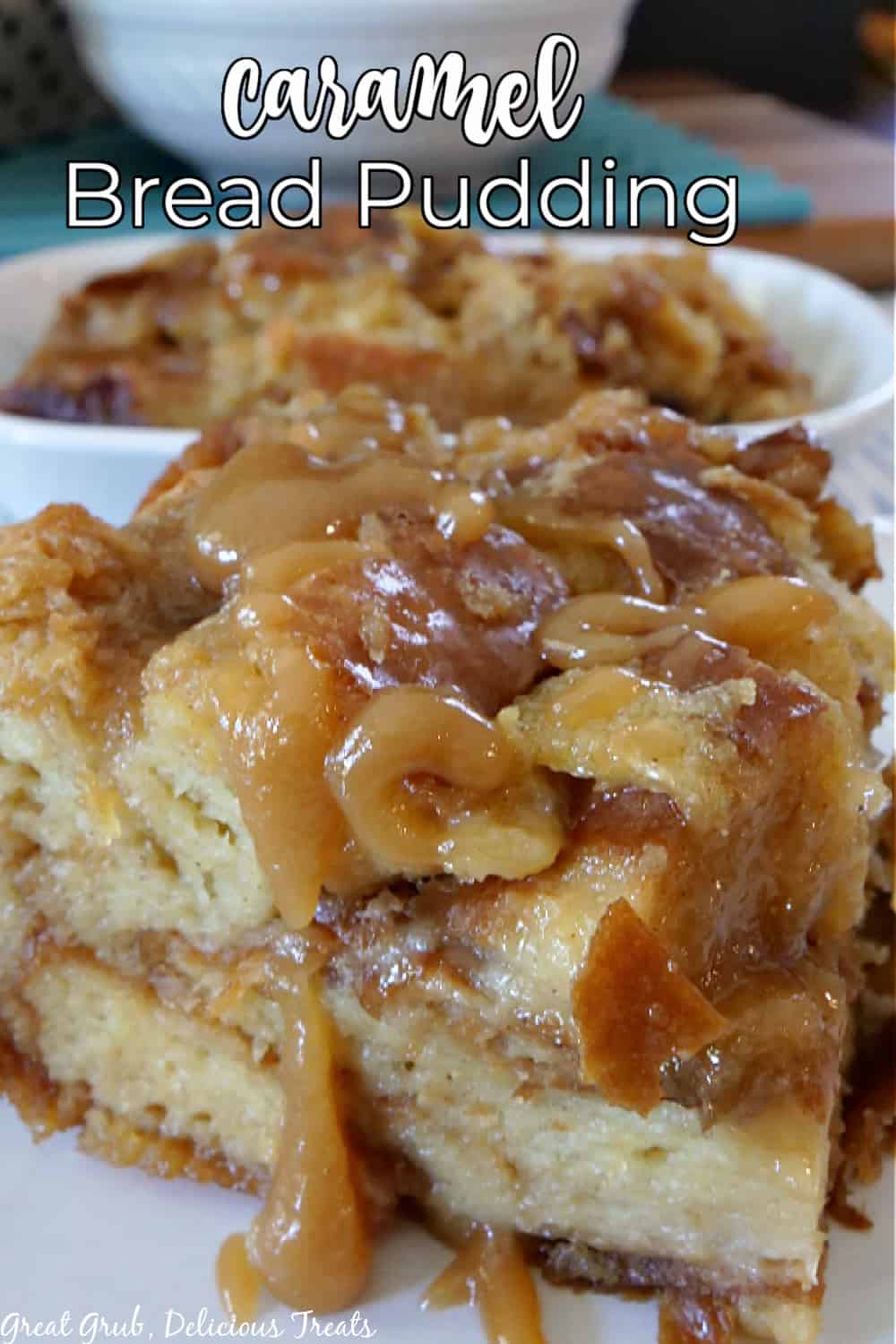 Caramel bread pudding is a hearty sweet bread recipe that’s perfect for an appetizer at potlucks or a dessert. Made with a homemade caramel sauce that simply melts into the bread, this caramel bread pudding will have everyone who tries it begging for more.

Bread pudding comes in all shapes and sizes. Some puddings are very wet, while some are more bread than custard. It comes in all sorts of flavors like vanilla, chocolate, lemon, caramel, of course, and many more. Whatever the case, bread pudding is an almost universally loved sweet treat. Those who have had it will always flock to it, and those who haven’t tried it are always surprised at how good it is.

My family and I are huge bread pudding lovers. I make various versions of it all the time. It’s such a versatile treat that you really can’t ever go wrong with it. Today, I’m sharing my caramel bread pudding recipe with you. It’s made with a hearty loaf of challah bread that’s bathed in custard and caramel, creating a decadently creamy, sweet dessert that satisfies every sweet tooth.

These days you can find bread pudding as a dessert in high-end restaurants, gracing the tables of five-star establishments around the world. However, bread pudding wasn’t always so chic. In fact, bread pudding, like many recipes, originated from the need of the poor to make every single speck of food go as far as possible.

Food historians have followed the trail of bread pudding as we know it today all the way back to the early 11th century. It was during this time the cooks, looking for ways to stretch their food further, began using leftover bread to make a pudding rather than letting it go to waste. A popular dish among the lower echelons, the dish was known as “poor man’s pudding”. The pudding was of both sweet and savory varieties, as whatever was put into it revolved around whatever was on hand.

Today, bread pudding is still a way to use up leftover bread, to be sure, however, it’s also become a favorite dessert among the ultra-chic and in restaurants that cater to them. It’s an almost fairy tale story of humble beginnings ending in what amounts to food stardom.

Today, I’ll be sharing my caramel bread pudding with all of you. It has the simple sensibilities of bread pudding’s roots with an amazing flavor that can definitely stand up to anyone’s refined palette.

This caramel bread pudding is relatively easy to make and is absolutely mouthwatering. This ooey-gooey sticky caramel-based bread pudding recipe only takes a handful of ingredients, a bit of caramel melting, and then some baking. That’s all there is to it.

You’re going to love the flavor and the ease because this recipe can easily double as a dessert or an extra special breakfast. Not only that; it’s a great addition to any potluck or holiday get-together. With so many ways to use it, the ease of this recipe makes it a real winner because you won’t have to spend all day slaving in the kitchen to make it.

I like to use challah bread for most of my bread puddings. The texture really soaks up and stands up to the custard mixtures that I use, and you get a finished product that has just the right combination of firmness and gooeyness. I’ve tried other bread, but I haven’t been nearly as impressed.

This bread pudding is an exceptionally easy recipe, but as with all easy things, there are some points to know. It can be deceptive in its easiness, especially when it comes to making the caramel. This section is a bit of a tip/substitution one because we’ll be covering bread for the pudding, as well.

When making your caramel, it’s important that you take your time. Use low heat and stir constantly. If the heat is too high, the caramel will harden too much, and if you don’t stir constantly, it will stick to the bottom of the pan.

In addition, remember to let the sauce cool for about 10 minutes after you’ve made it. It will need time to thicken up before being added to the bread mixture. You can also save a bit of the caramel sauce to top the bread pudding after it’s been served.

I generally use challah bread. I find that it has a nice texture that both soaks up the custard mixture as well as stands up to it after it’s been soaked. You can use any kind of bread you like, especially if it’s a nice, substantial bread. You can even use leftover loaf bread if you like, but be aware that the texture of the final product may be different and the amounts for the ingredients might need to be adjusted.

This caramel bread pudding recipe is so good, it needs no toppings or additions. Simply plate it up. If you reserved any of the caramel sauce, heat it up a bit and pour a little over the top, and you’re all set. With a bread pudding this good, anything else would just be overkill.

That being said, I know all tastes are different, so if your sweet tooth is one that’s never satisfied, something like whipped cream would work well on top of this dessert.

To reheat, simply defrost the pudding in the refrigerator, and then heat it up in the microwave. For best results, cover the bread pudding so it doesn’t dry out.

How To Make Caramel Bread Pudding

This caramel bread pudding is so easy to make and so delicious. It’s simple, staying true to its humble roots, but its flavor is that of something you’d find in a high-end restaurant. With a combination like that, you owe it to yourself to give it a try. It truly is one of the best bread pudding recipes you’ll ever make. 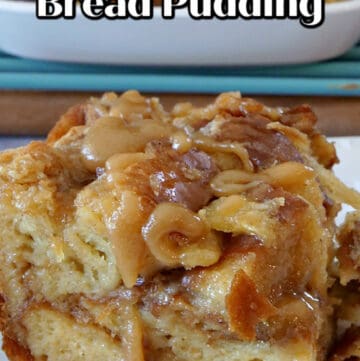 Nutritional values are approximate.
Please note that these values can change with different brands and any modifications made to the recipe. For the most accurate information, use a nutritional calculator with the exact brands and measurements. 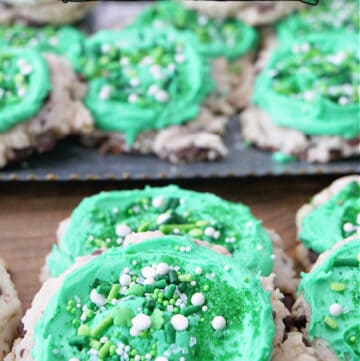 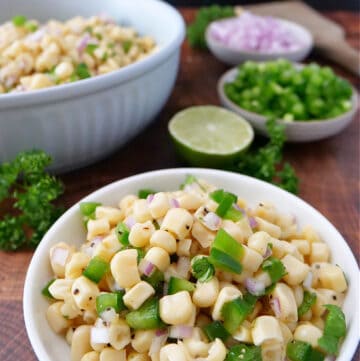 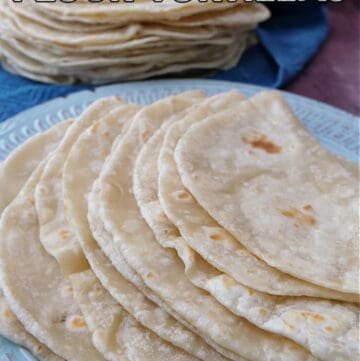 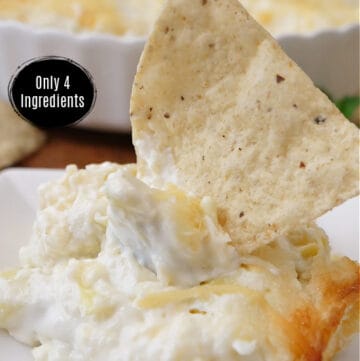 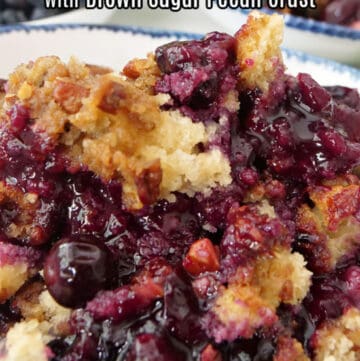 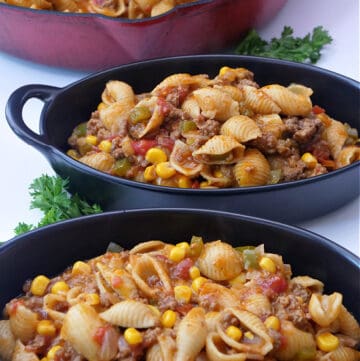 22.4KShares
We use cookies to ensure that we give you the best experience on our website. If you continue to use this site we will assume that you are happy with it.OkayRead More