A good rule for anybody who cooks to follow is to know how to make all your favorite dishes.
That may seem like an obvious statement, but it’s not. Too often I’ve seen home cooks fall into
the trap of sticking to comfortable recipes that they are used to. That’s perfectly fine until you get
a craving for something off the menu! Then it’s off to carry out or paying massive fees for
delivery service, just to satiate your hunger for the exotic. Well, Orange chicken may be about
as American as apple pie, but it still feels exotic, which might be why more people steer clear of
making it in their kitchens. This fabulous homemade orange chicken recipe is destined to
change your mind! It’s easy to make and it will surely satisfy that craving I know you get.

What is Orange Chicken?

It’s possible you’ve had orange chicken and you may still not know exactly what it is. Orange
chicken, while popular in the United States is not a traditional Chinese entrée. However, it does
share some qualities we tend to associate with Chinese food. The chicken itself is battered and
fried to give it a crispy texture. In this recipe, I’ll share how to make the best batter for
homemade orange chicken. The fried chunks of savory chicken are then completely coated in a
mouth-watering orange glaze. The glaze is the magical sauce that makes this chicken so unique
and so incredibly addictive.

Orange chicken is frequently spicy but can be on the sweeter side. It usually depends on where
you go. Since its inception as recently as 1987 the dish has become a Chinese American staple
with varying degrees of flavor. Besides the orange hue of the sweet and tangy sauce, and the
crunch of the chicken morsels it covers there is little to define what a proper orange chicken should taste like. This makes it an unpredictable dish to order at restaurants where you are
unfamiliar with how it is prepared.

Although it’s common to add at least some spice to the flavor profile of orange chicken, some
restaurants really like to turn up the heat by adding roasted whole peppers to it. However, if you
love orange chicken, chances are you have a favorite place to get it. As pervasive as it is in all
types of American restaurants, your ideal orange chicken is probably the one they make at
Panda Express.

Where Does Orange Chicken Come From?

The range chicken dish we know of today isn’t the way it originally began. It was invented by
Chinese Americans in the 1800s and it was originally much closer to traditional Chinese cuisine.
The chicken was served as Chinese chicken was traditionally served at the time. It wasn’t
breaded. It was wok-fried with soy sauce sweetened by leftover orange or lemon peel. Over the
next hundred years Chinese cuisine would adapt to American palates, even as the diets of
Americans were changing with the times. Fatty foods came into demand as did sweeter tasting
foods. This led to the eventual deep frying of chicken and the inclusion of corn starch and sugar
into Chinese sauces.

Orange chicken as we now know it is credited to a Panda Express chef in Hawaii who created it
as a variation of General Tso’s Chicken. The latter dish isn’t a traditional Chinese entree either.
although the stories surrounding its history are far more ambiguous about its origins. Our recipe
today highlights the two things modern western orange chicken is unanimously known for, the
golden fry batter and the citrus-laden sauce.

Perfect homemade orange chicken is easy to make and doesn’t take nearly as many steps or
exotic ingredients as you might expect. Seriously, ginger is the craziest ingredient we have
here. But the ginger is in the sauce. Your batter consists of egg, flour, corn starch, and pepper.
Your basic stuff. Then add some soy sauce for good measure.

This is an easy recipe, just mix the ingredients well and slowly add water until you reach the
right consistency. There is no measure meant for the water because you need to take it slow to
get the batter just right. You don’t want to thin it out too much, but it should be able to drape
over and completely coat the chunks of chicken you immerse in the mixture.

The sauce is made the same way, mixing everything well. Instead of adding water to the sauce,
you want it to thicken. Pour the blended ingredients into a large pan to boil. At that point, add
the already fried chicken to the pan and stir it in until every piece is covered with that tangy
orange glaze.

The sauce includes orange juice, orange zest, garlic, and ginger among other things. Ginger is so strong and little is needed for the recipe, so don’t buy more of this root than you need to at the store. It’s perfectly acceptable to snap off a small piece and it’s a money saver since they charge by weight.

What to Serve with Orange Chicken

Usually, orange chicken is served with either steamed white rice, fried rice, or a choice of
noodles. All of these are great ideas especially if you want to get that familiar Chinese take-out
fix at home. Orange Chicken works great in a bowl of rice, or with another entree or two. You
can also add it to an Asian-inspired salad, or serve it with steamed or stir-fried vegetables.

My recommendation is either to choose rice or vegetables since these can easily be prepared in
the microwave without too much personal attention, but if you are enjoying this orange chicken
as a leftover, I recommend taking the extra time to make stir fry or prepare a good noodle dish
to pair with it. That will give you more enjoyment and better leverage your time spent in the
kitchen as well as the number of dishes you make.

Below is a list of ingredients that will be used in this recipe. For the actual measurements, they can be found in the recipe card at the end of the post.

How to Make Orange Chicken

Step 1 – Prep and Making the Batter

In a large bowl, whisk the egg, salt, corn starch, flour, soy sauce, and pepper until combined. Slowly add water to the mixture until it is smooth enough to cover chicken but not watery or really thick. Add chicken pieces to the batter and toss until fully coated.

In a large pan or skillet over medium heat, heat enough oil to fully cover the chicken. Add chicken pieces to the batter and toss until fully coated. Drop battered chicken pieces into hot oil and fry for 5-6 minutes or until golden brown and crispy on both sides. Remove chicken pieces from oil and place on paper towels to absorb any excess oil.

In a medium bowl, add sauce ingredients and stir to mix well. In a large pan, add the sauce mixture and let it come to a boil. Add in chicken pieces and toss to coat the chicken evenly with the sauce. Let cook until chicken is fully coated and sauce has slightly thickened. Remove from heat.

Serve hot over rice or with noodles. Enjoy.

Chicken Fried Rice – This side dish recipe is a quick and easy fried rice recipe with tender chicken and rice that has been seasoned perfectly, scrambled eggs and is packed with veggies too.

Homemade Chow Mein – If you are craving that delicious taste of chow mein from your local Chinese restaurant, but can’t order take out, look no further. This recipe for homemade chow mein is just as good as take out and a lot cheaper.

Beef and Pepper Rice Bowls – This simple recipe is so delicious, everyone in the house will be asking for seconds. Packed with flavor and healthy ingredients, this is a great weeknight dinner recipe.

Teriyaki Meatballs with Rice – This recipe makes a delicious meal the whole family will enjoy. Each meatball is loaded with a sweet and savory flavor that comes from a delicious gourmet sauce the meatballs are cooked in. An easy meal for those busy weeknights when preparing dinner is limited.

And, here is a delicious Easy Fried Rice from Deliciously Seasoned that you might enjoy as well. 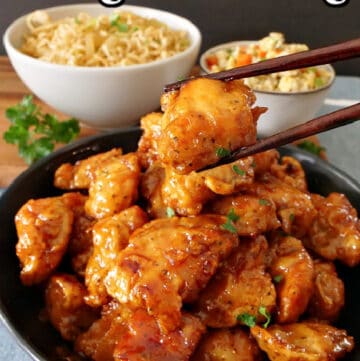 For the Orange Sauce

For the Orange Sauce

Here are a few pics that are perfect to save to your favorite Pinterest boards. 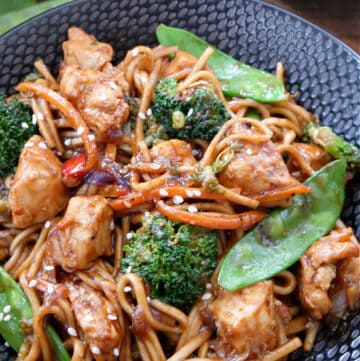 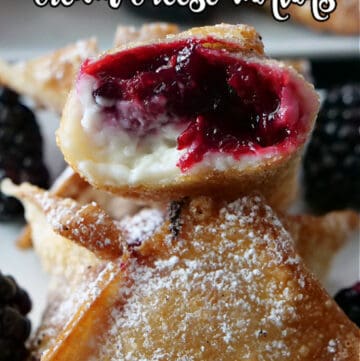 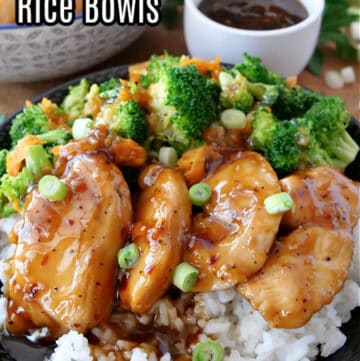 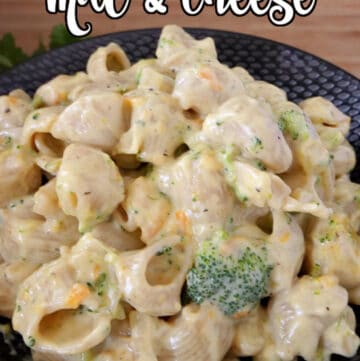 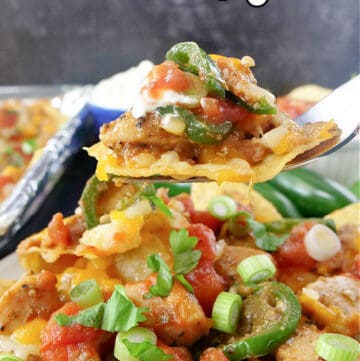 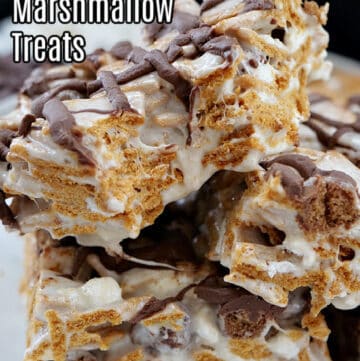